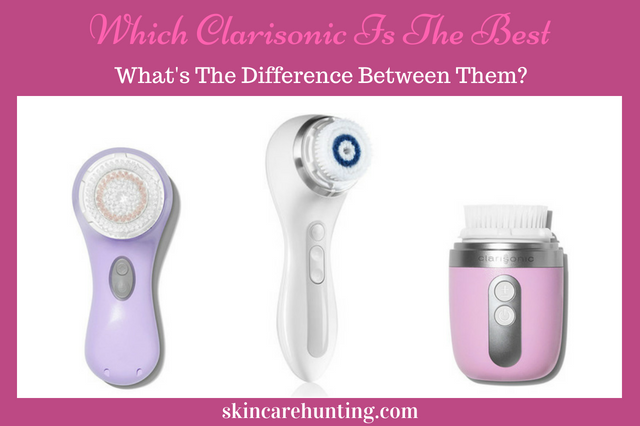 I remember when I first bought my Clarisonic, it took me several days to figure out which one I wanted. It’s no surprise really because there are a few different ones to choose from but which Clarisonic is the best and what’s the difference between each device?

The Clarisonic is a great cleansing tool and I knew I wanted to get my hands on one so after several days of debating, I finally opted for the Mia 2 which you can read my full review on here but it wasn’t an easy decision. I was torn between whether I wanted more features like those of the Smart Profile or whether I wanted to keep the cost at a reasonable level with the likes of the Mia 2. In the end, cost won over features but it was a tight race right up to the moment of purchase.

What’s the Difference Between Each Device

There are currently four different versions (five if you include the men’s one) of the Clarisonic to choose from. The main differences between each of the devices are mainly the speed settings and the power although the higher end Smart Profile one comes with a few extra features including an anti-aging feature and the ability to use it on the body too.

Choosing the right one really depends on what kind of features you’re looking for and how much money you’re willing to spend in the process because they range in price quite considerably. So with that in mind, here is a list of the different Clarisonic devices and the differences between them which will hopefully make it easier for you to decide which one you should go for. 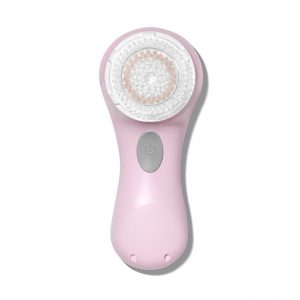 So this is the lowest and the most basic one in the range. In the box, it includes the Clarisonic Mia 1 device, a universal USB charger, and one brush head to get you started. As with all of the Clarisonic devices, you can purchase several different types of brush heads for different skin types and concerns so it can be customised to your own needs. It has one speed that is described as medium and is what they refer to as the starter cleanser.

It’s their easiest and most straightforward brush with its one button on and off so there’s really nothing more to think about and it’s the least expensive. This is a great option if you’re new to cleansing brushes and don’t really want to spend a larger sum of money on one of the higher end ones. It’s available in four colours (depending on the supplier) which are white, lavender, pink or electric pink. 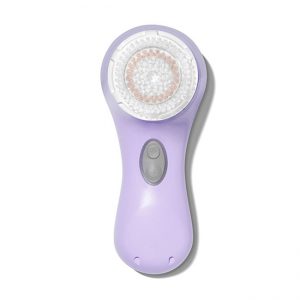 This is the next one up in the range and is also their most popular best selling brush. It includes the same as the Mia 1 but also comes with a couple of extra features. The first extra feature is that it has two different speed settings which are a universal speed and a delicate speed so even those with very sensitive skin can use it.

The second extra feature is a one-minute pulsing T-timer which times your full one minute cleanse by pulsating at timed intervals to prompt you to move on to the next area of your face. This is a great choice all around because it’s still reasonably priced but comes with the extra features and depending on where you get it from, some suppliers even include a trial size gel cleanser in the box too. 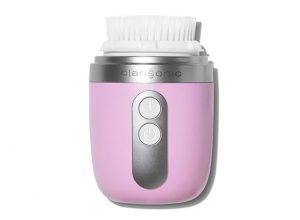 The Mia Fit is the next one up in the price range and this one is a smaller, more compact version that also comes with a brush head to get you started. The Mia Fit comes with a USB charging base rather than the usual USB cable meaning that it stores and charges upright on a stand making it that little bit tidier.

It has two different speed settings which are extra delicate for those with sensitive skin and deep cleanse which is particularly effective at removing makeup as well as an 80-second cleansing cycle for the face and the neck. This one is a very handy option for those who don’t mind paying that little bit extra but want to take their Clarisonic everywhere with them as it’s seriously portable and compact. 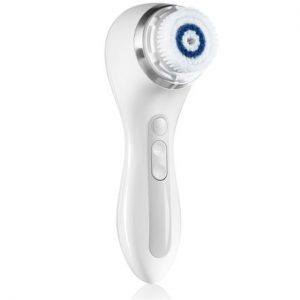 The Smart Profile Uplift is their top version and their most expensive by quite the margin. This one is slightly different from all the others because it can be used on the body as well as the face and also includes an anti-aging feature. It comes with the Smart Profile device, a firming massage head which is said to lift, tone and tighten the skin, a revitalising cleanse brush and a USB charger. Then depending on the supplier, it may also include a turbo massage body brush head and sometimes a trail sized cleanser.

This is their most powerful device and it comes with an extra turbo function for when you feel like you need an instant power boost. It has four cleansing speeds, three massage levels, and three body modes. It even has a smart cleansing mode that automatically adjusts power on certain areas on the face for gentler cleansing. This one is a good option for those who want all the extra features and are willing to pay a higher end price to get them.

Which One Should You Choose

It really does depend on what you’re looking for and how much of a hole you’re willing to put in your wallet. The Mia 2 is their most popular device probably because it’s the middle of the range one and that was my main reason for picking it. You’re still getting a few extra features but it’s much more reasonably priced than the likes of the Smart Profile. However, if cost isn’t an issue then there’s a lot to be said about the Smart Profile and its extra anti-aging and body features.

What do you think about the Clarisonic? Which one do you like or use? Please feel free to share your preferences in the comments below.