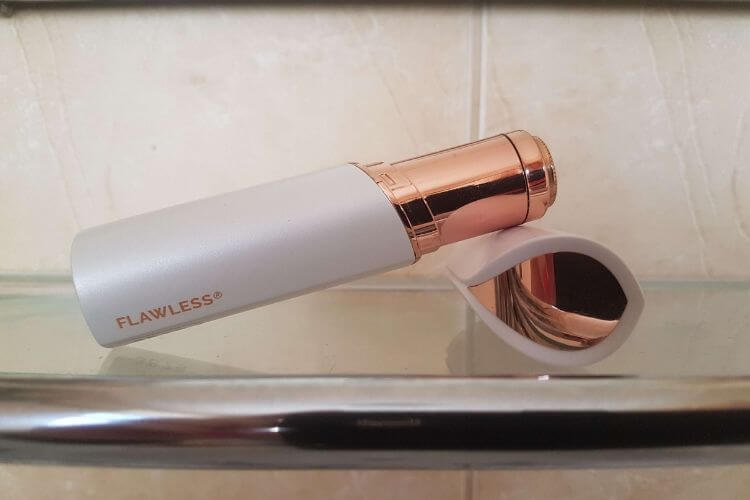 The Finishing Touch Flawless Facial Hair Remover is one of those products that I continually eyeballed for several months before finally deciding to buy one. I kept seeing it everywhere, from ads on tv, ads on my laptop as well as on the shelves of several department stores I ventured into.

It was a JML product and I’m no stranger to those, in fact, I use their mineral magic face powder which I really love so I was hoping that this little item would be an effective addition to my skincare device collection.

But if I’m being honest, I couldn’t help but be skeptical because this was afterall a shaver and in my eyes that meant stubble right? Hence my apprehension in biting the bullet and purchasing it in the first place.

What Is The Finishing Touch Flawless?

The Finishing Touch Flawless Hair Remover is basically an electric rotary facial shaver for women and I already know what you’re thinking. Bar the thought of possible facial stubble, a facial shaver for women is probably the least feminine thing that you could possibly have in your skincare cabinet but don’t judge it just yet because this little thing is actually quite the handy accessory.

The first thing to note is that this looks nothing like a shaver, in fact, it looks more like an expensive lipstick which is actually just how the company themselves describe it and it really does. The trimming head is 18k gold plated which is not only pretty (like that’s important – well maybe a little) but also hypo-allergenic so you shouldn’t experience any kind of redness or irritation after using it.

It’s supposed to be completely painless to use so no more watery eyes while the hairs on your face are being forcefully pulled out against their own will. The finish is said to be silky smooth and that’s a big one because that was my greatest concern with using this type of hair removing device.

It’s also small, compact and discreet so you could take it with you everywhere you go and no one would ever know what it was. There’s also a built in LED light so that you can see even the smallest of hairs for precision trimming as well as the choice of either a battery operated or USB rechargeable device.

Why Not Just Stick To Waxing?

So, I know that most of us would much rather go and get a regular wax to deal with unwanted facial hair but sometimes there are reasons why waxing just isn’t an option. It could be as simple as you just don’t have the time to get to the beauty salon or maybe you’re using a retinol/retinoid product and waxing is no longer the best idea.

Yes, you could always look into threading instead if retinol/retinoid usage is your issue but if you live in an area where threading professionals are hard to find then you may need another alternative. I personally haven’t waxed in some time due to the fact that I use a retinol product at night time so this little device looked as though it could be a game changer for me.

My Experience With It

As I mentioned earlier, I opted for the rechargeable device but the downside to this is that you have to fully charge the device first before you can use it which can take up to three hours. However once it’s fully charged, it lasts a seriously long time. I bought mine back in the beginning of spring and I use it twice a week and we’re now heading into the autumn and I’ve only had to charge it twice.

It’s extremely easy to use and quick too. You simply press it gently flat against the skin and move it in small circular motions around the desired area for quick and easy hair removal. It can be used on the chin, upper lip and side of the face but unfortunately it’s a bit too big for the brow area but you can get a brow version of this device specifically for that area which I now definitely intend to buy.

Did It Remove All The Hair?

It removed every single hair including the really short ones and it was completely painless too and what was most surprising was the fact that there wasn’t a single trace of woman stubble afterward. My skin felt just as smooth as if I’d just had a full wax treatment and without the ribena stain upper lip that usually comes with it.

The LED light comes on automatically when it’s switched on and it really is awesome because it makes it nearly impossible to miss any hair even the really fine ones. My hair is also super fair like so fair that if I didn’t use a brow pencil on my eyebrows, I would look like I didn’t have any (see my about me picture in the sidebar and you’ll see what I mean) so that fact that I could see them so clearly made them so much easier to remove.

Btw, just because the majority of my hair is fair and fine, it doesn’t stop me getting big dark coarse ones, in fact, as an insult to injury, the hairs on both my upper lip and chin tend to be both coarse and dark (thanks god for giving me no eyebrows but giving me dark hairs where there shouldn’t be any hair at all, cheers for that!)

Anyway, in total, it took me about two minutes to use this device for the first time and every time since then, because it’s just a quick touch up, it takes me less than a minute to complete the entire hair removal process. I also use it to remove the really fine fuzzy hair on the sides of my face which I normally wouldn’t bother getting waxed because it’s not that noticable.

Seeing as I already have this device, I’d figured why not get rid of that too while I’m at it. I have to say that as much as I didn’t think the side of face fuzz was that noticable, it does make a big difference especially in the sunlight and/or when I’m wearing powdery make up.

It’s so discreet too because my kids walked in once when I was using it and when they asked me what I was doing, I told them I was using a facial massager (it kinda feels and looks like one anyway) and they were none the wiser. I’d much rather my kids didn’t head off to school and talk to their friends or teachers about mummy’s shaving habits or the fact that she’s shaving at all.

It’s also relatively small so you can take it anywhere and the fact that it looks like a slighter bigger than usual lipstick, no one would ever know what it was, not unless they had one themselves that is. It isn’t all that loud either, well no louder than any other mini trimmer and not loud enough to make me want to complain about it.

Are There Any Side Effects

I personally didn’t experience any side effects, it literally caused me no issues whatsoever. No redness, no rash, no bumps, no irritation, nothing although I should mention that the device head does get a little warm during use but that’s completely normal. It shouldn’t have any effect on your skin or the hair removal process.

It also meant for me, no more post wax pimples. I don’t know about you but I tend to break out in horrible little pimples every time I get waxed so this was a very welcomed advantage of using this device instead.

The only thing really worth noting is that you need to change the head roughly every six months but the replacement heads are relatively cheap so it still works out cheaper than waxing. The device also comes with a cleaning brush too so you can keep the trimming head and device clean in between uses.

There’s only one thing that I can think of that may make some people dislike this device and that’s the fact that unlike waxing which only needs to be done every four to six weeks, this has to be done much more frequently.

Obviously this will vary from person to person depending on the thickness and growth rate of their own hair but for me, I need to use it roughly twice a week but it can be used daily if you really need to do so.

This could be a real pain for some people and if I’m being honest, when I first realised how often I was going to have to do this, I did wonder if this was something that was eventually going to drive me nuts in the long run.

The Regrowth Comes Back Quickly

There’s no sugar coating it, the regrowth comes back really quickly. I noticed that after about three or so days, I started to see regrowth and I could also feel that regrowth too and this may be something that bothers people, especially if they’re used to the feel and look of smooth hairless skin for longer periods of time.

You will not get that with this device and if you’re in any way expecting it, you will be sorely disappointed and even more so if you’re someone whos regrowth comes back faster than most. With that being said though, it literally only takes less than a minute to get rid of it so it you’re willing to spare those few seconds of time every few days or so you will be left with a hairless complexion.

Is It Driving Me Nuts Yet?

I’ve honestly gotten used to the frequency needed and I really don’t mind it because this device is so convenient and quick to use that as soon as I see or feel any prickly regrowth, I zap it away within seconds. It’s really just become an extra 30 second step of my skincare routine twice a week and I can totally live with that. It’s convenience and speed of removing unwanted hair more than makes up for the fact that I have to do it more often.

And when I say prickly regrowth, I’m not talking man stubble here, I’m talking subtle fine regrowth that nobody else except myself will notice. It also means that I don’t have to walk around with furry catfish like regrowth every few weeks while I’m waiting for my salon appointment so all in all I’m more than happy to continue using it. At least now I always look freshly defuzzed.

What do you think? Have you tried it and did you like it and if not what didn’t you like about it. I’d love to hear the opinions of those on the other side of the fence so please feel free to share your thoughts and stories in the comments below. 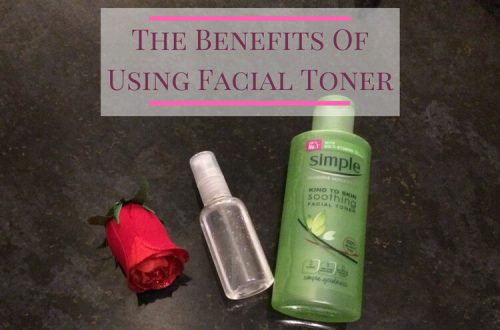 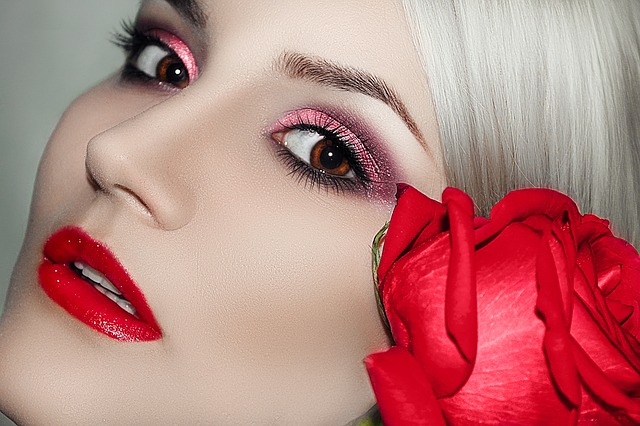 How To Get Rid of Wrinkles Above The Lip