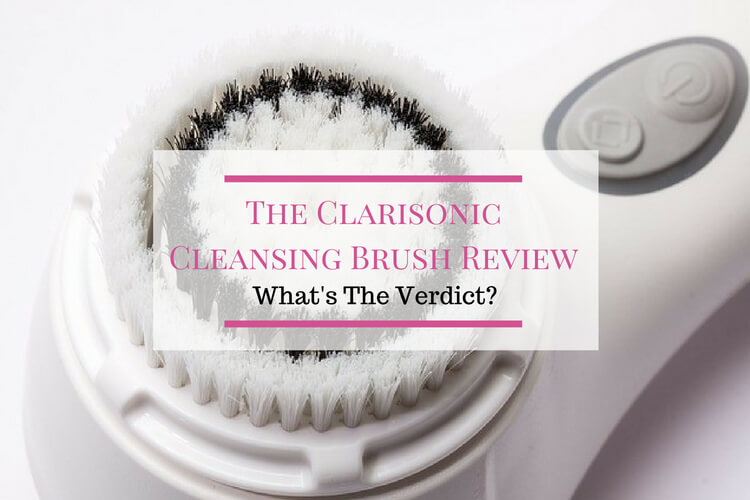 So I’ve been coming across the Clarisonic skin care brush quite a lot recently and started to wonder whether it was something worth looking into. It seems to have pretty good reviews and quite a large following so I decided that I would give it a try and see what it could do.

Unfortunately for me (I’m so indecisive) it turns out that Clarisonic has a whole range of these things ranging from somewhat expensive (depending on who you ask) to super expensive so my first task was trying to decide which one I wanted to try.

How It Differs From Cheaper Brushes

They oscillate at more than 300 movements every second to remove dirt and impurities from the skin and this vibrating movement makes them much gentler than others because spinning brushes are far less delicate making them more likely to cause irritation. 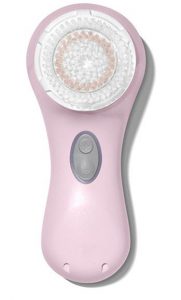 Okay so I’ll be honest with you here, I still wasn’t too sure about this one. My past experience with cheaper versions was still pretty fresh in my head and these types of cleansing brushes have always reminded me of super large toothbrushes.

Now I don’t know about you but for me, the idea of using what looks like a gigantic vibrating toothbrush on my face doesn’t really fill me with the joys of spring but hey ho all in the name of research right, and by research I mean vanity. Besides, the Clarisonic has such a huge following that it had to be worth a try.

I Opted For The Mia 2

In the end, I decided to go for the Clarisonic Mia 2 which is the second lowest in the range and also one of the most popular. I was tempted to try the higher end Smart Profile Uplift because it came with a body brush attachment and had anti-aging features with a facial firming brush but I decided against it because I didn’t want to take the risk with such a large sum of money in case it didn’t work out too well.

Despite the overall good reviews, there are a few people out there that have experienced skin irritation so I didn’t want to fork out $350/£230 for the highest end model just to find out that I fall into that category.

Despite my initial apprehension, I was still pretty excited when my mia 2 finally arrived and I couldn’t wait to test out this puppy and see what it could do. Then I read the instructions and discovered that I had to charge it for a full 24 hours first before I could start using it (darn it).

This is something that I think is worth mentioning because it’s not just the first initial charge that takes a long time, it’s every single charge. It takes almost a full day to completely charge this thing although that one charge should last about two weeks or so depending on how often you use it.

Finally, after 24 hours of impatient waiting, my Mia 2 was ready to be tested and what a pleasant surprise it actually was. My previous experiences with cheaper cleansing brushes were no comparison to this thing. This was a very different and much more pleasant cleansing experience. If you’ve never used a Clarisonic brush before than the sensation you feel when you first put it on your face is a little bit weird to begin with but you soon get used to it.

In fact, it becomes a rather addictive sensation that you can’t get enough of. You may even find yourself coming up with excuses as to why you need another sonic cleanse just so you can elevate the craving for that sensation or maybe that’s just me. Either way, it feels nothing like the electric sander sensation of the cheapie models.

How To Use The Clarisonic Mia 2

The Clarisonic Mia 2 is pretty easy to use. Just be sure to remove all eye makeup before you start although I must admit I prefer to remove all or at least most of my makeup first but as far as Clarisonic are concerned it’s only the eye makeup they’re worried about. Simply wet both the cleansing brush and your face with lukewarm water then apply a generous amount of cleanser either to your skin or the brush head itself.

Select your preferred speed then starting at the forehead, use small circular motions across the skin for 20 seconds. You should keep the brush flush to the skin at all times and there should be no need to apply too much pressure. The Mia 2 comes with a T-timer that will beep at timed intervals to prompt you to move on to the next area.

My New Thoughts After Using The Clarisonic

Well, I personally really like this thing. It’s the softest and smoothest my skin has been in ages. My skin is slightly dry so I really wasn’t sure which way this was going to go but I’m really happy with the results. My skin wasn’t dry at all after using this but maybe that’s down to the very good gel cleanser that came with it.

My skin was also super clear although I should mention that I don’t usually have an issue with acne but like most people, I do tend to get blemishes every once in a while but since using the Clarisonic, these blemishes appear far less frequently.

The Clarisonic is also waterproof so it can be used in the shower or bath which is very handy. As mentioned above, the one thing that worried me was how harsh it would feel on the skin but it really is much gentler than you’d imagine, in fact, it’s almost like a massaging sensation.

There’s also no need to apply lots of pressure to make it effective, in fact, applying too much pressure will actually end up having the opposite effect. I will say that it’s quite the thorough cleanse so my skin felt really clean and clear afterward and I actually found the whole experience quite pampering really.

The Clarisonic Side Effects And Cons

One of the biggest downsides is that when you first start using the Clarisonic, you may experience what some people refer to as the purge which is basically quite the major acne breakout. It doesn’t happen to everyone but just be warned it is a possibility.

The deep cleansing action of the Clarisonic has a tendency to bring all that yucky stuff that’s been hiding away deep down in your skin right up to the surface and hey presto, breakout central. Unfortunately, in some cases, it’s a necessary evil but it should, however, clear up for most people after a short period of time if they stick with it. Just remember to invest in a good concealer just to be on the safe side.

The only other con that I can think of other than the already mentioned long changing time would have to be the extra expense of having to replace brush heads every three months. The replacement brush heads cost around $30/£21 for each standard head although there are some fancier ones that are more expensive than that.

How Does It Compare To Other Top Cleansing Brushes

Well, compared to the cheapies I’ve used in the past, there really is no comparison, the Clarisonic is by far much more superior. As for the likes of other top-selling brushes like Foreo, I will be tested one in the near future so I’m sure there will be a full Foreo review coming soon and more than likely a Clarisonic vs Foreo comparison review shortly after that while I’m at it.

All in all though for now, the Clarisonic is an excellent cleansing brush and with so many different varieties and brush heads to choose from, you have plenty of choice for your tailored skincare needs. I’m personally very impressed with mine but it did take some courage to initially fork out the money to invest in one but for me, it was definitely worth the expense.

If anyone out there has one of the more powerful ones, I’d love to hear what you think about them. What do you think about the Clarisonic cleansing brushes in general? Please feel free to share your thoughts and opinions in the comments below.